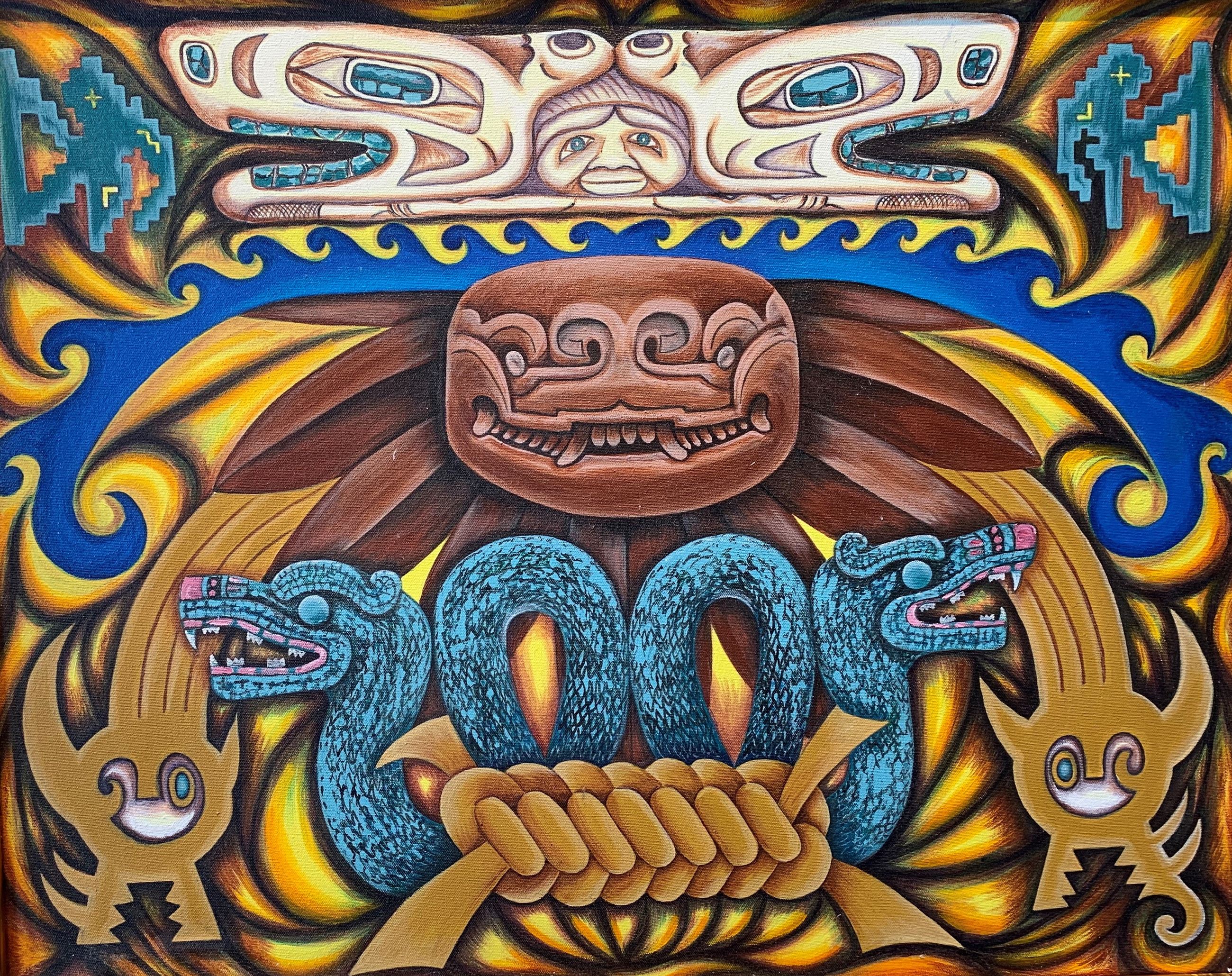 “I think [art] affects the way I think. . . As an artist, I discovered that art is more powerful because you just have to see it, and not necessarily spark up a conversation. I love art because it is really powerful.” —  Cornelio Campos

Life as an Artist:

Mr. Campos focuses on three main themes: political issues including immigration, Mexican folklore (with an emphasis on the culture of Michoacán), and anthropological symbols from Mexican ethnic groups. The indigenous group to which Cornelio belonged were the Tarascos in Mexico. They were the only group that the Aztecs had no sovereignty over, even though they were geographically close. Cornelio uses the group as a source of inspiration and introspection because he is returning to his roots. He also communicates the realities of immigration in his paintings. His paintings capture his own experience and his struggles while crossing the border; consequently, they allow people who have been through similar experiences to relate to his journey. He enjoys being able to start conversations with his art, and that in return gives him motivation to continue.

“I’m trying to show younger generations that they don’t have to feel ashamed about where they come from. We all come from different places and they are all beautiful. They all have good things and bad things.”

When Cornelio Campos exhibited his immigration painting “Realidad Norteña,” he received praise, but also criticism. After an anti-immigration organization condemned the painting, he realized that if art has that much power to affect people, he should use the negativity as fuel to persevere. His paintings have been shown in several different galleries and exhibitions including the Campus Y on the University of North Carolina at Chapel Hill campus. He also had exhibits at Duke University, N.C. State, and the Museum of American Indian Art.